The Legend of Nohkalikai

In village Rangjyrteh upstream from Nohkalikai falls lived a woman called Likai. Ka Likai’s (The prefix of ‘ka’ identifies the feminine gender.) husband was a porter who made his livelihood carrying loads of iron to Sylhet. He died on one of his trips leaving Ka Likai with a baby girl to take care. Ka Likai had to take up the job of porter herself, like many other women, ferrying iron from Rangjyrteh to Mawmluh village, leaving her baby in the care of others.

Other women persuaded her that she should find another man, for the child too needs a father. So Ka Likai found herself a man, but what a man! Her new found husband was envious of the attention Ka Likai showered on her baby girl and resented the baby. One day when Ka Likai was out on her usual routine of carrying iron, her envious husband killed the baby girl, chopped the child into pieces and cooked the flesh. He threw away the head and bones, but forgot the fingers in the kwai basket.

A tired and hungry Likai returned to her house to find none at home. She presumed that perhaps, her baby was with her new father or a neighbour. Acute pangs of hunger and the inviting smell of curry led her to satiate her hunger before going in search of her child. Anyway, the child had been safe and sound in the care of others till then. The meat was tasty but left her clueless as to what meat it was. The preparation her husband had made was delicious indeed. As usual after a meal she took up the kwai basket to help herself to a kwai. Alas, she found besides kwai the severed fingers of a child.

The horror of what she had just relished dawned on her. She had eaten her own beloved child. Ka Likai became mad with fury and desperation. She ran screaming in dismay, brandishing a ‘wait’ – a chopper – at anyone who tried to stop her. She ran and ran till the edge where the waterfall leaps off the precipice and threw herself over the edge. ‘Noh’ in Khasi means to jump. Thus the waterfall was named Noh – Ka – Likai. It is a heart-rending story indeed. 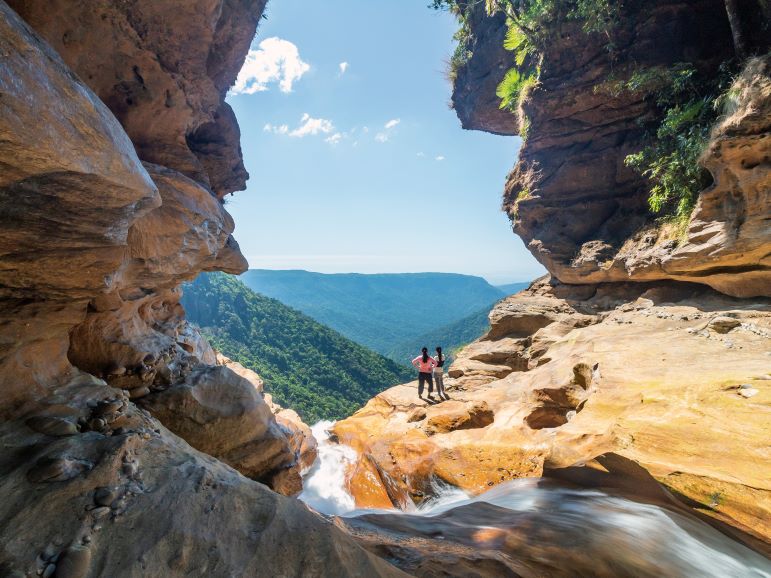 Excerpt from the article “Notes on the Kasia Hills, and People” by Lt. Henry Yule, the Bengal Engineers (Sir Henry Yule, the Geographer): Published in the Journal of the Asiatic Society of Bengal Vol. XIV Part II – July to December, 1844

Some of the local traditions are interesting. The following is a parallel to the banquet of Atreus. One of the finest water falls near Cherra, in the deep valley of Maumlu, is called Kano Likai, or Likai’s leap. The origin of the name was thus related to me. Once on a time a man of foreign race came to the hills, married a woman named Likai, and settled with his wife in a village north of Mawmlu. They had two children, a boy and a girl. One day the woman betook herself to the forest as usual to cut firewood, in her absence the father killed his two little children, and cooked them; on his wife’s return, he invited her to feast on what he had prepared, and she did so; he then disclosed what she had eaten. Then said Likai, “it is no longer good to remain in this world,” and hurrying to the adjoining precipice leapt over.